I recently ran into a problem involving the removeEventListener() method, which caused me a good half an hour of confusion before a lightbulb appeared above my head and I was enlightened by a solution — a solution which, it must be said, is very obvious in hindsight. So doubtless many people know this already, but I’m recording it here along with another approach I thought of afterwards, in the hope that they may be useful to someone in the future.

END_OF_DOCUMENT_TOKEN_TO_BE_REPLACED

Data Attributes in HTML and jQuery

Sometimes the existing HTML attributes aren’t sufficient for describing an element’s content. We can use class, ref, rel, title and more, but even so there are occasions where that’s not enough. HTML5 addresses this problem with the introduction of Data Attributes, which allow you to add simple metadata to individual elements, largely for the purpose of providing information to make JavaScript functions easier.

END_OF_DOCUMENT_TOKEN_TO_BE_REPLACED

A new version of jQuery has quietly been released over the weekend. It’s only a minor point release but has a couple of features which look amazing: some selector functions now work up to 8x faster than the previous release; and there is support — very clever support — for HTML5 data attributes. Take a look at the jQuery 1.4.3 release notes for more.

Also released was the first alpha of jQuery Mobile, a touch-optimised amalgam of jQuery and jQuery UI. It’s actually a little buggy on my Galaxy S Android phone, but as it’s an alpha release that’s perfectly forgiveable. It looks pretty smart and comprehensive.

JavaScript libraries like jQuery and Prototype are amazing; flexible and powerful, they standardise processes and make cross-browser scripting really easy. I rarely work on a project nowadays where a library isn’t used.

Their ease-of-use has a slight drawback, however: it’s easy to rely on them too much, and lose sight of new developments in JavaScript. This was the reason for my not really paying much attention to an exciting recent introduction, the Selectors API, until I had cause to use it on a personal project.

END_OF_DOCUMENT_TOKEN_TO_BE_REPLACED

With the release of IE9 and Firefox 4 all major browsers are going to support using SVG in the img element or as a CSS background image, which is great news as SVG images are good for high definition, scalable websites. I’ve written a couple of posts recently about using SVG with the background-image property, and how to cope with browsers that don’t support it. The method I came up with works, but is far from elegant; for one thing, it doesn’t allow for transparency.

Another approach we can take to the problem is to use JavaScript to detect SVG support. Alexis Deveria wrote a script which detects if your browser supports SVG and, if not, replace the images with PNG. It’s a good script, but I wondered if there was an alternative.

END_OF_DOCUMENT_TOKEN_TO_BE_REPLACED 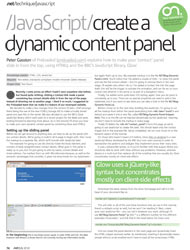 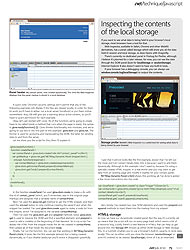 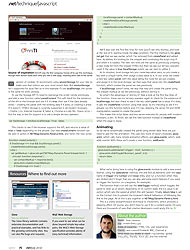