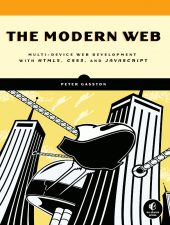 Code as she is wrote

There is a famous Portuguese-English phrasebook, published in the 19th Century, with the title “English As She Is Spoke”. It contains many unintentionally hilarious translations of words and expressions, including such familiar phrases as “that are the dishes whose you must be and to abstain”, and “I not make what to coughand spit”. The author, Pedro Carolino, had the best of intentions in producing this book, but suffered from one major drawback: he didn’t speak English. The book was apparently translated from an earlier Portuguese-French phrasebook, using a French-English dictionary.

The reason I bring this up is that I think this is a fairly common problem in coding. Many people know how to write code in order to get a result, but they don’t know the language at hand in enough depth to realise that the result doesn’t always make sense.

END_OF_DOCUMENT_TOKEN_TO_BE_REPLACED

Opening up the media channels

To make it easier to get access to the posts I write here I’ve recently set up pages on Facebook and Google+. I won’t beg you for a Like or +1, but if you’re feeling generous…

Harry Roberts wrote a great article, Front-end performance for web designers and front-end developers, which details various techniques for improving page load times. One thing he skips over, though, is image optimisation. There are many ways to optimise images for loading performance, including using image sprites, icon fonts, and replacing bitmaps with SVGs. But whenever you have to use bitmap images you should also optimise them before they make it to the page.

In this article I want to show a few simple image optimisation techniques I use, which are aimed at reducing the filesize of the images, and therefore speeding up your page loading times.

END_OF_DOCUMENT_TOKEN_TO_BE_REPLACED

Two things happened last week: news leaked that Opera are planning to launch a new browser based on WebKit; and the new discussion tool, Branch, came out of private beta. As an experiment, I want to talk about the first on the second, so I invite you to read and participate in my branch Opera Ice: New browser for Android and iPhone coming Februa….

I’ve been out doing some freelance work lately and my wife needed a computer, so we bought a new Samsung Series 3 Chromebook. They’re inexpensive (£229), and as all she needs it for is internet access and light office work, it seemed a good fit. We’ve had it for a couple of weeks now, which seems like a fair amount of time for me to write a review.