To great fanfare, The Queen, in the company of Sir Tim Berners-Lee, unveiled the new British Monarchy website today. Unfortunately, what they unveiled was a real dog’s dinner.

Royal.gov.uk highlights the worst elements of the practice of web development; on only the second page I visited it became obvious that the site hasn’t been tested on any browser other than Internet Explorer, and a peek at the source code left me shocked.

The testing is the most obvious fault; the comparison shots below (IE7 is first, FF3 second) immediately betray the lack of cross-browser coding. Click each image to show a full-page screenshot. 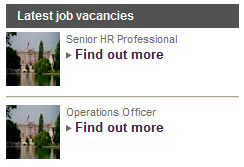 And the coding… oh my word. The markup is just plain terrible; completely non-semantic, it uses the div element to wrap everything. Everything. No joke. Page headers, text paragraphs, lists… everything. And I found closing body and html elements halfway through the document! See for yourself.

It just shows a fundamental lack of care.

Inline styles and JavaScript are used liberally throughout the site, including that persistent offender, the inline JS menu hover:

The home page fails HTML validation with 10 very basic errors, including <script language=“javascript”> instead of <script type=“text/javascript”>; an internal page taken at random fails with a whopping 82 errors.

I know that legacy systems can sometimes be restrictive and lead to invalid HTML, but I find it hard to believe that any developer worth their salt would continue to use a CMS which could produce so many egregious contraventions of standards. If inline JS & CSS and massively nested divs are the best a system can manage, better to implement a new one.

The underlying structure of this site is badly dated; we stopped writing code like that ten years ago. It’s a poor flagship site from people who can afford better, and an embarrassment to Sir Tim to be associated with it.